Let me preface this by saying, I love Roseanne. Being a woman that comes from the acting world and uses comedy to influence – I think Roseanne is in a league of her own. She is pure talent.

“Muslim brotherhood & planet of the apes had a baby=vj.” -The VJ standing for Valerie Jarret.

……But the damage was done and swift action was immediately taken by ABC’s  Entertainment President Channing Dungey: “Roseanne’s Twitter statement is abhorrent, repugnant and inconsistent with our values, and we have decided to cancel her show.”

I wish ABC would have been as quick to give Joy Behar the boot after her appearance on the View on February 13 ,2018. Behar slammed Vice President Pence’s faith by saying that hearing from Jesus is actually called “mental illness.” That is an insult to every Christian out there- and is extremely offensive-but not a word from ABC!

Or let’s also look at comedian Michelle Wolf-who said insanely hateful and mean spirited things about Sarah Huckabee at the White House Correspondence Dinner, and what happened to her? Oh right- she got a show on Netflix! And Liberal Bill Maher comparing our President to an Orangutan is totally fine too- 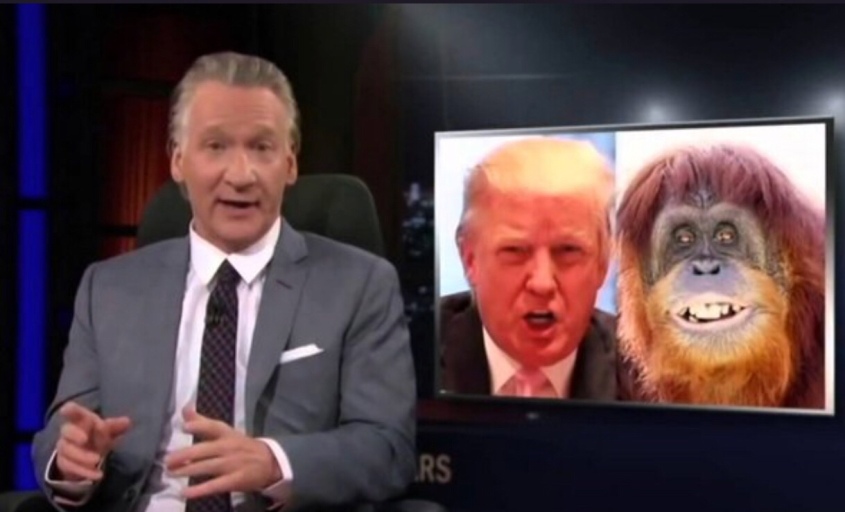 The double standard and treatment of Conservatives versus Liberals is sickening. Liberals can slam the right with no consequence, but if a Conservative slams the left- their life is ruined.

We are free in this country to speak freely, that’s are First Amendment right, but we are not free from the consequences. We have stopped THINKING before doing as a society. We want to be witty, quick and clever and often it’s done carelessly-I am guilty of this. I am sure Roseanne would take this tweet back in a heartbeat if she could. I have tweeted things I shouldn’t have, and I know I have definitely said things I shouldn’t have – I am fallible, I am human.

I will truly miss Roseanne’s show. She is a gem, and has the ability to address political issues through situation comedy- which is not an easy feat. I believe in second chances and perhaps another network out there does too.