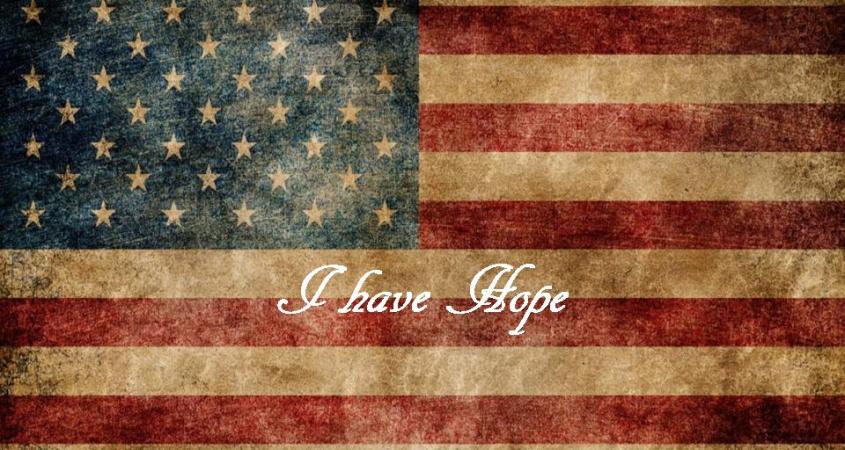 Last Tuesday evening I attended my GOP Organizational meeting……I was kinda skeptical….because I had talked to two other family members who didn’t enjoy there’s so much. My younger sister said she literally walked into a nursing home at hers (no offense to those in nursing homes) but my sister said she was the youngest one there by about 30 years! My dad’s county is having a helluva hard time being open to change, hearing new ideas, welcoming new people, embracing all walks of life….they are perfectly fine with average….they have no desire to be exceptional or welcome those who are exceptional.

So hey…..I’ll admit, I was like a little bit of a cynic at the beginning of Tuesday’s meeting.

What happened though at my organizational meeting gave me hope. We elected a chairman that had not been part of the poltical hoopla! Now he has done some things to promote the Conservative cause-but he’s not part of that insider click….which is so refreshing! I’ll admit, I was scared as hell, when he spoke at a meeting I was at a month ago, and a women in the audience yelled out “I don’t know you, I have never seen you, how do I know what you stand for!?” Ughhhhh when I heard that I wanted to run over to that woman and say: “YOU are part of the problem! You don’t want anything new and that’s why we keep losing elections!” But…..I held my tongue 😉 So…..I didn’t think this guy stood a chance….and I was totally wrong!!! We got a new guy at the helm and I am excited. We also elected a young millenial as our county treasurer, a grass roots Conservative as our Secretary and an ex-Californian mother of two as our Vice chair!

I was given a sense of change is coming….a good change…..a change for the better….a change and call for returning to our roots and electing the best person for the job!

Ya see…..I have watched candidates in other counties in other elections….lose because they were new or different. They had not put in enough volunteer hours at the phone banks, they hadn’t walked enough precincts, they hadn’t mailed out enough envelopes, they hadn’t served on enough campaigns…..they hadn’t “earned” their spot.

I think this whole idea of “earning” a spot has created this career politician mentality. These people that earn their spots have been part of the political class for years! They become so immersed that they lose touch with the small businessman, the single mom working two jobs, the young millenials….these people form their groups, and if you aren’t part of the group-then you don’t stand a chance at getting elected into anything……ya it’s a flash back to high school!

I didn’t see this from my county though. I was so proud and excited when I left my meeting on Tuesday, because the right people were elected….not those that expected to be elected because they had “earned” it.

I grew up with a father that worked harder than anyone I had every known. He raised seven children with my mother, he has put all his children through college, he has started businesses, he has taken risks, he has always been there when I needed a shoulder to cry on, he’s coached little leagues, he’s cheered me on in every thing I have set out to accomplish, he is the definition of the capitalism dream, he has honored God in every area of his life and never held a political office, not because he’s never ran for office but because …..in his county….you have to “earn” it.

I am just glad I live in a county that is waking up. My hope and prayer is that other counties in the country begin to wake up! That the permanent political class is ousted and that we begin electing citizens of the people and for the people. That we return to our roots of true conservatism and the BEST man or woman is elected to serve-this is what our forefathers intended.

Tuesday, gave me that hope.