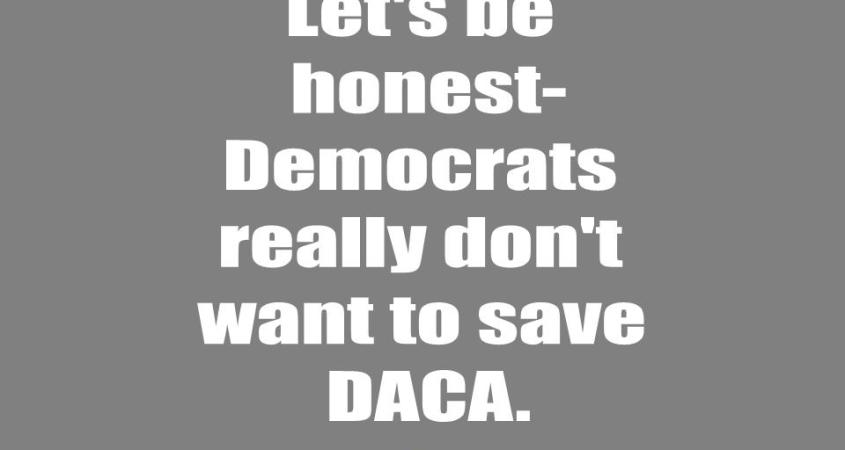 Yesterday the White House presented Trump’s 70 point immigration Plan. A crackdown on illegal immigration and eliminating the numerous loopholes illegal immigrants have exploited over the years. According to the Washington Times:

“The plan calls for a border wall, more deportation agents, a crackdown on sanctuary cities and stricter limits to chain migration — all issues the White House says need to be part of any bill Congress passes to legalize illegal immigrant “Dreamers” currently protected by the Obama-era deportation amnesty known as DACA.”

On September 3rd of this year Trump called on Congress to legally solve the Deferred Action for Childhood Arrivals.  A policy that has allowed almost a million individuals who entered the country as minors, and have remained in the country illegally, to receive a renewable two-year period of deferred action from deportation and to be eligible for a work. This policy was implemented by Obama but done so unconstitutionally because for true immigration reform Congress must be involved in the legislation process.

The Democrats say they advocate for the Dreamers to stay….but do they? The “Great Negotiator” is strongly hinting that he is willing to Negotiate in order to let these DACA participants stay and receive a path to citizenship…..IF Congress passes immigration reform involving Trump’s 70 point plan -which involves border security (funding and building border wall), interior enforcement (abiding by current immigration laws) and the legal immigration system itself which Trump desires be merit based (deserved because of accomplishment or good behavior). Some of the points according the the Washington Times addresses ending the abuse of the current immigration laws:

• Lax asylum standards, which illegal immigrants have learned to game through saying “magic words” that earn them instant protections, would be stiffened.

• The Unaccompanied Alien Children — or UAC — who streamed to the U.S. under President Obama would have to prove they really are without parents and are fleeing abuse, in order to access generous humanitarian protections.

• Visitors who come legally but overstay their visas — perhaps now an even larger group of illegal immigrants than those who jump the border — would, for the first time, face a misdemeanor penalty.

• A 2001 Supreme Court decision that has forced the release of tens of thousands of illegal immigrants, including murderers, would be curtailed.

• The ability of federal, state and local authorities to detain illegal immigrants would be fully enshrined in law, helping settle a long-running question that’s fueled some sanctuary cities.

Points in the plan also entail eliminating the yearly visa lottery that gives at least 50,000 green cards out randomly, and requiring E-Verify (Internet-based system that allows businesses to determine the eligibility of their employees to work in the U.S.) to be used by all businesses.

So….here’s the deal. If Democrats and Establishment Republicans REALLY do want to save the Dreamers and fight for these participants to STAY, then they will cooperate with President Trump and negotiate. If Congress refuses to act DACA will END and it will NOT be Trump’s fault. It will be due to the failure for Congress to compromise and work to allow these DACA participants to stay. But if we are going to be straight up honest, Democrats want open borders for votes and the will let DACA end to keep borders open. Establishment Republicans want open borders for cheap labor……both do not care about America or her sovereignty, and it’s disgusting. The ONLY one putting America First is President Trump and those that are willing to work with the President.

Ball is in Congresses court and so is ALL THE BLAME.

Call your Representative and Senators and tell them to work WITH President Trump! 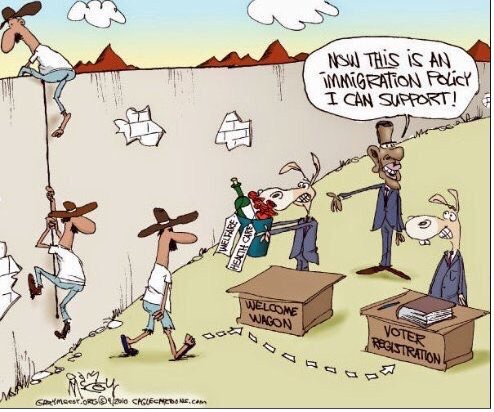