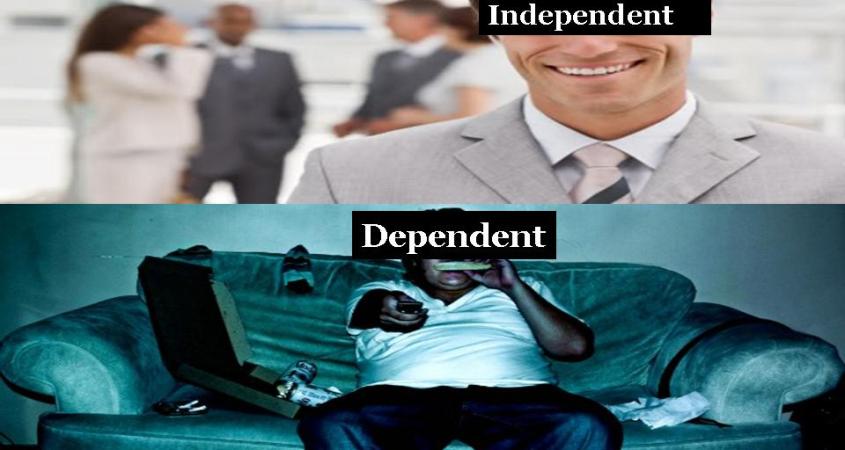 Before I really got into politics my understanding was limited and though I had heard this quote, I gave it little thought until I actually got informed.

Liberals for years, have claimed their platform to be that of “helping those in need” but rather I have found it’s “Keeping those in need.” With close to 50 million Americans in poverty-a rate of 15% of Americans living below the poverty line, I see no resolution to this tragedy offered by liberals. The poverty rate, under a Democratic “caring” president hit an all time 50 year high in 2014! Now over 1/3rd of Americans are receiving government welfare. A Democrat would say that’s a good thing. That is -“it’s good the government can help out.” Hmmm…. if you had a kid that was 35 years old living in your basement feeding off of all your resources -would you call that successful parenting? Creating dependency is not a sign of success, it is a sign of total failure. If an individual is dependent on a source of any kind for it’s survival, it is not free. This “helping” the poor, has turned into keeping the poor-poor, instead of digging to the root of the problem. For years we were being told the job numbers were up and employment numbers were down under our Democratic president Obama, but it turns out those “great” numbers-6.2% unemployment rate is more like 12.6% or higher-why…..well the numbers we were getting didn’t count those who had simply given up their search for a job and those no longer eligible to receive unemployment.

Instead of focusing on job creation, getting people back to work, tax breaks for small businesses to enable them to employ, giving the American individual a sense of independence, we have witnessed the push for more government involvement in the individuals life and the hole of dependency deepening under the Liberal watch. I don’t think providing someone a band-aid when their arm is chopped off provides solution. Just as government subsidies don’t provide long term solution. I understand people need help here and there, but creating an American people who are dependent over a long period of time on government for their survival….is a manipulating deceitful way to control. There is no “heart” in this, there is no compassion, and there is no freedom offered in this ideology.

I learned at an early age, if you have a heart-you fight to SOLVE the problem-not aid it.

True Conservatism, offers Solutions to problems, by going to the source of the problem.

“If you’re not a liberal when you’re 25, you have found out that having a heart means solving problems not covering them up, so by the time you are 35 your brain has the ability to offer solutions” -Conservative Momma.