Skip to content
Most hero’s are found in comic books, novels, or in our own imagination….yet I found this hero in my very own home growing up as a kid-my dad.
The term ‘hero’ is described as “a person, typically a man, who is admired or idealized for courage, outstanding achievements, or noble qualities.
“a war hero.“
My father is the son of a World War II veteran, he never served in war himself ….but I know he would have if called upon.
To say that my dad is a unique anomaly, barely begins to describe him. There is only one.
Growing up as a kid, I really didn’t know how rare my dad was. He was just the guy that had tea parties with me when I was 4years old, the guy that told “hungry Tom and Jack the bear man” stories to me and my siblings (stories invented and created by my dad). He was the guy that took me to the ice rink before the sun rose every weekday before heading into work himself, the guy that said prayers over me every night and checked for snakes under my bed, the guy that picked me up early from school dances, the guy making sure I stayed away from boys, and the guy making sure I was home at curfew…..
It wasn’t until later after leaving home and going away to college that I really started to realize how unique my dad was and is.
Now I see that being a father of seven children and putting them all through college is rare.
Walking away from the security of a corporate job to start your own business while have 8 people depending on you for their well being -is rare.
Not giving up when things were looking grim-even more rare.
My dad is a man that dreams bigger than anyone I have ever known. He has never been one to follow the crowd-he is a leader, a go getter, an ‘I don’t care if the odds are against me’ kinda guy. He loves Jesus with all his heart and at the same time a good cigar and glass of wine. He is compassionate, honest, and will tell you the truth- even when it’s hard to hear. One of the manliest men I know but still tears up when he hears “The star spangled banner.”  He loves to laugh, and challenges me to be the best I can be. A father to seven-but I never for a moment felt like a number growing up. He is an entrapaneuer, a risk taker, he was at every sporting event of his children (if not coaching), a mentor, counselor, advisor, exhorter, and a person that inspires me every day-to make a difference.
It will be two years ago in about a week that my dad ran for United States Congress.
I still think about it often. To find a person with such an incredible love and concern for this country is rare. We get caught up with our own lives and it is so easy to loose sight of the country that has provided us the opportunities that we have.
Many of us see Liberty, Justice and our Constitutional rights being attacked and we feel powerless….but we are not. How do I know???
….because I see my dad.
After losing, the Congressional race he got back up….brushed himself off….and loves this country more today than yesterday. He is not done. He is more involved, more passionate, more outspoken, more fired up then ever before. He believes in the hope of America, he believes that America is still the greatest nation on this earth and there is no surrender.
You see…..
Now I know.
The character and heroic nature of a man is not what he does after he has won, but what he does after he has lost.
I have watched these two years go by and I now know that my hero, is truly a hero.
My hero’s tale has yet to be written about, because I believe some of the most heroic tales still lie ahead for this man.
Happy Father’s Day Dad, I love you-my hero. 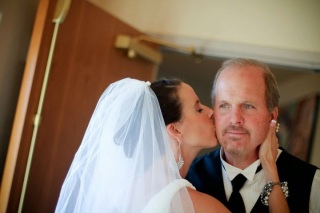 One thought on “My Hero”