Skip to content
Even Jesus rocked the boat
‘If you don’t have anything nice to say, don’t say it at all…’ sound familiar?
We all grew up hearing that taught, this was instilled in our behavior….just shut your mouth if you can’t be nice. I agree with this concept- to a point-but I also believe it is our calling as Christians to speak up and speak out.
I have found that many believers think that we are to be passive and non-confrontational, our soul purpose to love.
I do believe that we are called to Love first and foremost but love is not passive, love takes action.
When you study the ‘love’ chapter-1 Corinthians 13,
Love is all verbs! So love in itself is not passive.
My love for this country can be spoken about over and over-but it’s my actions that I will be judged by. What did I do to defend her? Was I silent while her freedoms were slowly being taken from her? Did I not speak up when I saw the erosion of her rights being suffocated because I didn’t want to cause others to feel uncomfortable…

I am trying to figure out when making others ‘uncomfortable’ became unchristian????

Don’t discuss, post, tweet or address particular topics because they will make people uncomfortable.
Instead let’s talk about unicorns, lollipops and the latest fashion craze…. 😉
Focus only topics people can agree on-nice concept- but that is actually not a true practice of Christianity.
If the floor is dirty, you sweep it. If you simply resign to sweeping the dirt under the rug, that doesn’t mean the room is clean.
Why are we so afraid to be uncomfortable or God forbid make anyone else uncomfortable?
When you study the life of Jesus- he was constantly making people uncomfortable.
In fact there are countless occurrences in the new testament of Jesus causing such disruption and even anger.
At one point Jesus was flipping over tables in a temple-hmmm that’s not very nice and I bet that made some people very uncomfortable…
Scribes and Pharisees were constantly telling Jesus that he is not abiding by the rules, and rule breaking caused all sorts of uncomfortableness (not a real word….but gets the point across : )

Jesus, defended his disciples numerous times-when they were breaking scriptural law as well.
There was no separation of church and state back then, they were linked. There were no topics that were “avoided” or taboo. So when Jesus was addressing, disagreeing and even breaking scriptural laws he was also in defiance of the government.  A few examples:
Jesus said all meats/foods were clean, the Jewish law was to not consume pork.
Jesus, taught, healed and delivered people on the Sabbath, the Jewish law was to rest on this day.
Jesus, drank wine and his first miracle was turning water into wine, yet Leviticus 10:9 states to not drink wine, and the majority of Jewish people abided by this.
Jesus is often portrayed as so peaceful but he himself said:
34 <sup value="(A)”>“Do not think that I have come to bring peace to the earth. <sup value="(B)”>I have not come to bring peace, but a sword. 35 <sup value="(C)”>For I have come <sup value="(D)”>to set a man against his father, and a daughter against her mother, and a daughter-in-law against her mother-in-law. (Matthew 10:34-35).
I really think the times of being able to stay silent on some political and social issues, is no more. I think when we are silent and do not speak up, we are still going to be held responsible. This is clearly going to cause division…..and this is going to make people uncomfortable…
Jesus died because he made a very bold claim, he claimed to be the Son of God. I bet you it wasn’t easy to say something like that,  He knew the price that would be paid for making such a proclamation. He said things constantly that rocked the boat and he told us to go and do the same.

We are called to be ‘Christ like,’ when you really study the life of Christ he was controversial because he spoke truth.
Truth often is so hard to hear and can cause great controversy, anger and resentment….but truth opens the door for freedom.

Freedom is what this blog is about. I believe that individual freedom as Americans is closely linked to the freedom found in Christ.
I believe that we are to stand strong in our convictions, to speak up on issues because the big issues effect humanity and that is what Christ died for.
And…… if you are making some uncomfortable….then maybe you are doing something right 🙂 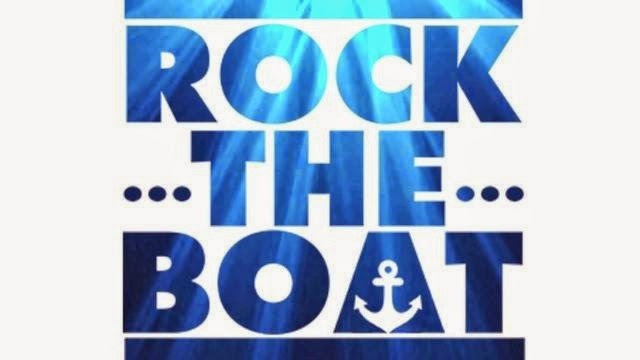