Skip to content
You know what astounds me….I mean what really amazes me…the American people’s total lack of concern about being lied to. Straight up LIED to.
We were first told “if ya like your plan you can keep it, ” we were also promised that our health insurance premiums (through the Affordable Care Act) would Decrease, when in fact, just yesterday Katherine Sebelius admitted that they will in fact -increase in the next year. INCREASE!
I don’t care which way you vote (as long as you know what the heck and who the heck you are voting for) But, it truly does concern me that people are like -“ya the President lied to us…ok…so what??”

LYING. This is NOT okay people!

You wanna know why are politicians are a bunch of hypocritical liars and thugs in suits….cause We have allowed it!
We have gotten too busy with our little lives and in the whirlwind of it all, the integrity of our nation has been lost.
Hey I get it, life is crazy-it’s busy!
But in the midst of the present we MUST look ahead to the future.

Will our kids think we cared? What proof do we have to show them that we fought for a free America? We fought for justice? What evidence will we be able to show our children that we did not stay silent when we were lied to, we did not approve! America is screaming for help, as her Constitution is being torn from her body. She is begging for someone to stand up and stop this abuse!
We must stand up, we must speak up!
This is America we are talking about people. We are losing her. She is slipping right through our fingers and we are doing nothing….

What can you do? You’re crazy busy… you barely have time to take a shower, and put your feet up…before you hear ‘momma’ or ‘daddy’….I get it-I do!

1) Don’t stay silent. Being lied to…is not acceptable-period. When a political figure lies…no matter the party-call-them-out! Blog about it, write about it, tell your neighbor, tell your local paper…
2) Vote. Not just in your general election but in your PRIMARY, elections are won and they are lost in the primaries. If we do not send our strongest, fiercest, most qualified to Washington they will be nibbled to bits by the Parana that abide there.
3) Go to your caucuses -it’s a meeting of your political party-cannidates are selected and policies are decided on YOUR behalf-just show up!

I still have hope that all is not lost, if we the people….begin to say enough and demand for justice! 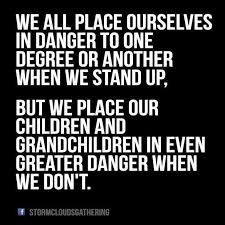 Like Loading...
Well, if you are wondering why we have stopped winning elections it’s because of things like this:
I just read a report that Rand Paul leads in the CPAC Pole…which I love because I have been a huge supporter of Paul for a while now. Ever since he filibustered on the whole Drones invading our personal privacies issue (which I blogged about a while back)- I have thought wow this guy might actually care about protecting the liberties of the American People.
I am so sick of politicians… talking… talking… talking… talking…..Paul is actually getting shit done!
So this is why I am annoyed….
According to the Drudge Report…people are complaining that Paul is too short and they don’t like his curly hair…
Yep…and that’s why I seriously feel like slapping your average voter-Republicans included!!!
Are you kidding me…like are you for real???
This is why we are losing elections this is why our country is seriously in the crapper!
Hair texture….I am at a loss for words…..too short???
I don’t care for a second what his hair is like or how tall or short the guy is! Are we now dating potential candidates??
This is asinine!
This is like when you were a kid and asked your parent what color of jersey we should be cheering for when watching a sporting event!?!!!
Only sad part is we are NOT kids…this is serious people! This is the future welfare of our COUNTRY!
What I want is someone who DEFENDS the constitution! Goes to bat for the American people, believes that America is the greatest nation on earth and doesn’t apologize for it! Refuses to bankrupt America because they care too damn much about our future generations, defends life, understands the role of government and does not overstep it’s boundaries!
Too short….ughhhh…please!
The pretty boys can head to Hollywood…I want a fighter!
https://youtube.googleapis.com/v/D6nahCAYm6Q&source=uds