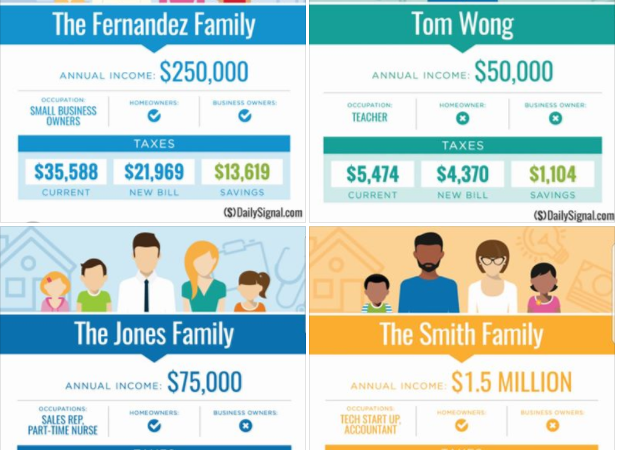 The sky is falling! It’s Armageddon! Run for the hills! “This is heist,” “a scam,” “totally Devastating” are all things I have heard Democrat leadership cry out over the Trump Tax Cut Bill that passed through congress yesterday and is now on it’s way to President Trump’s desk.

Not ONE DEMOCRAT voted for this Bill! A bill that gives back to those that give! A bill that allows for those who work to KEEP more of their hard earned money!

What is it that the Democrats oppose? They are upset that the Individual Mandate to buy health insurance under failing Obama Care is eliminated in this bill. They also are gravely concerned that these Tax Cuts will add over One Trillion to the deficit. Which I find HIGHLY entertaining! Were they crying about the end of the world as Obama doubled our National debt?  To Democrats BIG GOVERNMENT IS good and that High Taxation is Good. They think that a Government that is 20 trillion in Debt knows how to spend money better than you do. They refuse to look at the WASTE taking place in Government that Trump is eliminating!

For example, did you know that under Obama the VA spent Millions on Artwork? Millions were also spent rebuilding mosques overseas, and millions were spent on paying for government officials harassment cases, and billions, that’s right BILLIONS were spent on EMPTY GOVERNMENT Buildings! There are numerous examples of Government Waste—So NO the Government DOES NOT KNOW HOW TO Properly spend! A businessman in the Oval Office recognizes the WASTE and cuts it!

With cutting Government Waste like we are witnessing under Trump and the Tax Cuts soon to be implemented –this WILL spur the economy -the Trillion being spent will be irrelevant! There honestly is no down side to these Tax Cuts and companies that create jobs are already recognizing this!!!

So while the Democrats lose their crap over a bill that literally positively effects every Middle Class hardworking American, at least FIVE  companies are already reacting confidently in goodwill.

1. Wells Fargo said it will boost its minimum wage to $15 an hour, as well as donate $400 million to nonprofit and community organizations.

2. Boeing said it will provide an additional $300 million for job-training, facility upgrades and charitable giving.

3. AT&T promised Wednesday to give more than 200,000 U.S. workers a $1,000 bonus once President Trump enacts the tax overhaul that Congress just passed.

5. Comcast is giving $1,000 bonuses to 100,000 “frontline and non-executive employees.” due to the Trump Tax cuts and the repealing of Net Neutrality.

So while the Mainstream Media tries to spin this as negative….jobs creation and bonuses are GOOD for Hardworking Americans! This Makes America Great Again –Share is you agree!

Below is a picture by The Daily Signal of HOW the Trump Tax Cuts impact you! 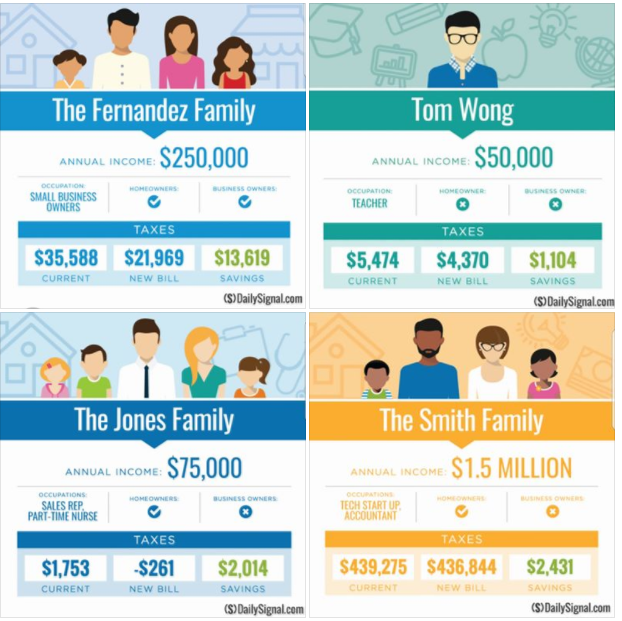 (***If you want to support Conservative Momma vlogs and blogs please consider donating to my Paypal account or becoming a monthly Patron for $1 at Patreon.)