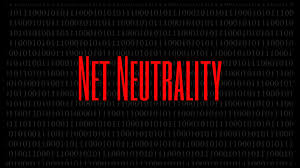 Obama is set to talk about Net Neutrality in next weeks State Of the Union address. Just be prepared because he is going to really sell it, and if you didn’t have an understanding on what it was….you’d think “huh, ya that makes sense.”  He wants to push this through and he’s going to pitch it perfectly!

“It’ll give everyone an equal opportunity to succeed, when it comes to the internet.”

I saw an ad FOR net neutrality and it made me laugh, it read: “Net Neutrality bad for business, good for you!” Huh….that doesn’t even make sense-businesses are made up of individuals-that’s right-people like you and me, so……… then it would actually be bad for you…….But I am assuming those who created this ad, didn’t think those who would see it, had a brain or individual thought of any kind.

You would think being a blogger I would be FOR this, it would give me more recognition and I would have equal speed when it comes to a “search” as much as a major news source. Wow, sounds great right! WRONG.

Handing over the internet to the federal government is a BAD idea. For starters, it gives MORE power to the Government, if you are for limited government-that alone should be enough to convince you. Also, the last time I checked the government has a helluva time running ANYTHING efficiently…..ummmm remember Healthcare.gov?? Plus, they take FOREVER to do anything! Have you been to the DMV lately?! To think by the time “they” (really we, through our tax dollars) have spent a ridiculous amount of money, and time in understanding how the internet works, and then passing a bill, technology would have changed ten times over!

Ok, soooooo I am so not a “techy,” but I have combed through several articles and I think the one attached explains it all great! Let me know your thoughts on NET NEUTRALITY!  Yes, or no? Forbes Article on Net Neutrality.