I have watched clips from the “Keep Families Together” march this past weekend, which was just one giant “I hate Trump” march. I have watched the Mainstream Media show images of children in cages (even though these are pictures of children that were in cages under the Obama Administration). I have seen celebrities losing their crap over children being separated from their parents at the border. I have watched it all, and this is what I want to say:

I cry bull crap. Yep, that’s right. Liberals don’t care about family separation! They don’t care about crying children. They care about USING children for their own personal gain! They want an open border for votes -straight up —let’s stop playing games here. Let’s stop lying to ourselves.

Because LIBERALS, if you REALLY CARED about kids then WHERE was your outrage when 90,000 children were separated from their parents under Obama? And before you say “but those kids were unaccompanied minors” which yes, is true– those kids were crossing the border with people that were not their parents. That’s why in 2011 the Obama Administration accidentally gave thousands of children over to sex traffickers who were claiming to be a child’s parent or relative. This all happened because of a FAILURE to verify and where was your outrage?! Where was the “Keep children out of Sex Trafficker’s hands” march??? The Trump Administration was temporarily separating children from their “parents” so they could verify that the parent was actually the parent! But Liberals decided to screw this safety precaution all up! Thanks libs!

Also, if you really care about kids -then detaining them with their parents -who are also detained with hard core criminals -is NOT SAFE! These criminals are often stripped searched! Having little 3 year old Cindy Lou, watching some grown man be stripped searched, is not an environment any child should be placed in!

I also would love to know where IS your outage over the fact that 60,000 American families have been PERMANENTLY been separated since 2001 -due to a crime committed by an illegal immigrant?

Where is your outrage over the fact that four hundred thousand American Children are currently in Foster Care?

Where is your outrage that 2.7 million American children have been separated from their parent who is in prison?

Over 300,000 babies in the womb are permanently separated from their mother every year, because of Planned Parenthood! Still waiting for your outrage…….

But you see, you don’t give a flying flip about children.

In fact, you are incentivizing children to make a journey in which they cross a desert, to then most likely be raped, murdered, sold into sex slavery or die of thirst and starvation. So please….stop….just stop with the “for the children bull-crap.”

Liberals are essentially telling these children to come — to risk their lives, and most likely never make it to America….and that is heartless.

A false hope is heartless. If you Really cared about the children then you would encourage families to come here legally by securing our border and building a wall so that no ones life is put in jeopardy. 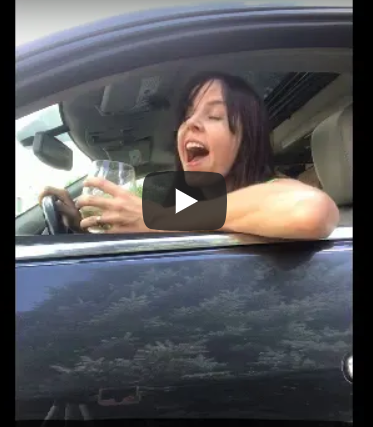