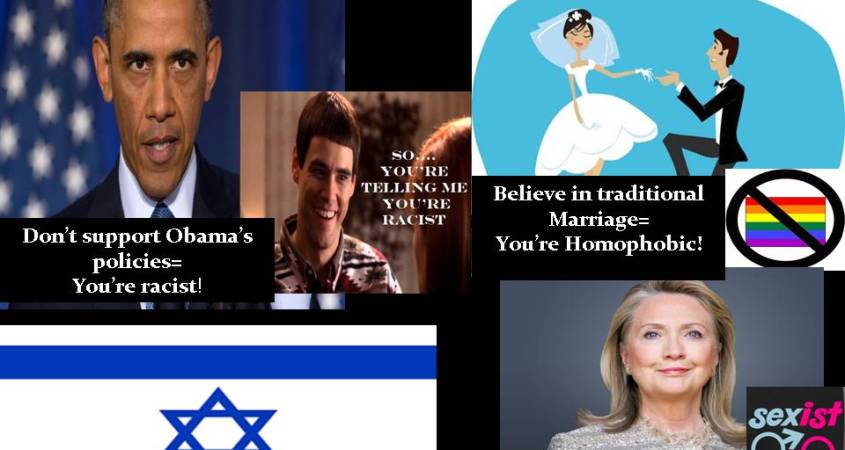 Over the weekend I was asked to call into a radio show and discuss the topic of Freedom of Speech, our first amendment right-which has got to be one of my favorite topics! (Although the 22nd amendment is appealing to me more and more-because that’s the one that limits the President to two terms-thank God right!!)

So after I hung up on the call, I started to realize I had yet to discuss one of my greatest concerns that I have noticed becoming quite the trend. Labeling. That’s right…..if you think “this way” you are “this.” The quick swift-let’s put you in a box labeled “THIS” approach! If you have a view other than “anything goes” you are a bigot in some way! We don’t care if your ethics, moral code, faith or religion says this “______”….if you don’t agree with us- ‘the majority’ -you are now labeled!

I was recently on twitter (@conmomma)…..and I said something about our President that wasn’t supportive (if you know me that’s not a big surprise) and immediately I was sent a tweet that I am racist! Yep, I was told I was a racist because I think Obama is failing in many areas! This…this is a way to shut down everyone-throw em in the “racist” box! Ughhh!

It doesn’t stop there….oh no! If you support traditional marriage-you are homophobic! Who cares if you totally support Civil Unions, you believe homosexuals should be entitled to the same rights as heterosexuals….but you think that marriage (which is a religious sacrament) is between a man and a woman-well then you are thrown in the “homophobe” box!!

Oh let’s not stop here, we’re having too much fun now aren’t we!?

Oh….you support Israel?  You actually comprehend the fact that if there is a “two” state compromise, it would really end in a one state solution….because Israel would be no more, they would be wiped of the face of the earth! You understand that if Israel does not have the support of the United States it has a much slimmer chance of survival. “Oh…you stand with Israel….throw em in the “Islamophobia” box!”

Whaaaaaat??? You don’t support Hillary in 2016…..well you are a straight up misogynist! Yep, that’s right….you are a sexist and you hate women! No….who cares that Hillary takes money from countries that treat women as property…..if you don’t support her, you are trying to hold women down-you are the “glass ceiling” that must be destroyed!!! Yes…you guessed it-walk yourself over to the “sexist” box and jump in!

I could go on!

You see….this….this is destroying Free Speech!

I can honestly say I am none of these labels and I have been called all of the things mentioned. But I will not be labeled. My challenge is for you not to be labeled either. The next time someone tries to slap a label on you-challenge them! Ask the question why? If we are to really celebrate diversity, celebrate free speech, than it is hypocritical to only celebrate one train of thought. If we are to respect one another, than we must respect those who disagree. But allowing yourself to be classified, perpetuates the cycle. 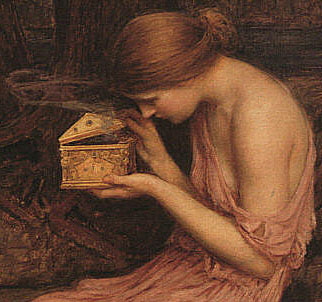 Today was an extremely significant day. Today is the day that our Freedom of Speech will begin to erode. The FCC today, approved sweeping regulations championed by President Obama on how Americans use and do business on the Internet aka net neutrality. Today….(though going under the radar)….will be a day that will make history.

Net Neutrality is posing as a friend…..but it is no friend of mine. Net Neutrality is said to provide an “even playing field” for the under dog….but I tell you it’s a matter of time before all Conservative talk becomes suffocated. So, what is ‘net neutrality?’ According to USA today:

“Net neutrality, or open Internet, is the principle that Internet service providers (ISPs) should give consumers access to all legal content and applications on an equal basis, without favoring some sources or blocking others. It prohibits ISPs from charging content providers for speedier delivery of their content on “fast lanes” and deliberately slowing the content from content providers that may compete with ISPs.”

Sounds great….. right!!? I mean an “equal” playing field…..who doesn’t want an equal playing field….everything should be equal and fair in America….I mean we’re turning into a country of a bunch of socialists….so at this point just give in…..let the government take it over….no biggie….stop freaking out geeeez! No big corporations should be able to push the little guys around….let’s call in the “Almighty Government” to set it straight! (That was sarcasm…..a whole hell of a lot of sarcasm!)

Ahhhh they are so sweet…the government….looking out for us on the internet……I say-nope! No no no!

This door that was opened today was Pandora’s Box……Do you remember Greek mythology??? Do you remember Pandora? Pandora, the first woman on earth who was created by Zeus. She was gorgeous and perfect in every way! But, because Prometheus stole fire from heaven-Zeus was not so happy and wanted to take vengeance and he did by presenting Pandora to Prometheus’ brother Epimetheus. She was given a beautiful jar (box) for her wedding present by the gods, but she was told not to open it. Of course, out of curiosity, Pandora opened the box and out of the box came all the evils of the world. It was terrible….not good…evil all over the world….horrible horrible!

You see…..net neutrality “sounds” great. It’s that oh so beautiful jar providing equality for all…..but it opens the door for  massive government overreach. “Oh calm down-you are freaking out over nothing” you might say. Here’s the deal, let’s say somebody takes the office of President you don’t like and they call for censorship on Conservative thought.  Governmental control of the internet could ultimately lead to total propaganda. You will only receive access (bandwidth) to news sources, blogs, commentary that the government deems suitable. This would lead to a nation of zombies larger than what we see now. Most would actually have no clue what the hell is going on in the world or what to think -other than what the government allows. And this is the kiss of death to free speech and opens the floodgates of total censorship.

What amazes me most is those classic “liberals”…..who advocate for FREE SPEECH… are silent on this one…..(crickets)! But this one, is THE ONE to be fired up about!

So Michael Moore is in the news again and tweeting about Jesus and what he would do…..how cute right…

His 1st Tweet:  “Tomorrow’s Sunday School (1) What Would Jesus Do? Oh, I know what he’d do — hide on top of a roof and shoot people in the back!”

2nd Tweet: “Sunday School: (2) But What Would Jesus Do if he could be a sniper & save soldiers lives by shooting “savages” in the back?”

First off, Michael Moore, do you know what Jesus would do? Do you? Because I do. I know him quite well. So before you go hypothesizing what Jesus would do, you best check yourself! I know Jesus got pretty pissed off when he went into a temple and saw all sorts of crap being sold there! He wasn’t happy about it, because it was to be a house of prayer. Yep, he got so angry he started flipping over tables and benches! He saw injustice and HE DID SOMETHING ABOUT IT!  So Mr. Michael Moore, to answer your question, “what would Jesus do”……well, I think if he saw innocent women and children being buried alive (because that’s what is happening over there) -he’d DO just what what Chris Kyle did!

Hey…..I get this is America and you have every right to spout your “little” (not really “little,” more like gigantor) mouth off, but just remember WHO provided you that right!

The picture says it all!

Now as far as Jesus and you are concerned….that Mr. Moore is solely up to you….