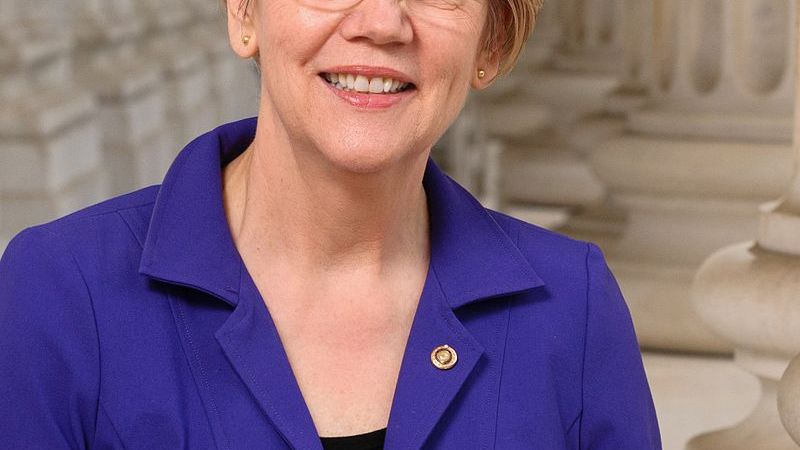 Early today Senator Elizabeth Warren thought that she was really going to show Trump that she was in fact Native American by a video (a campaign ad) of her narrating about the hardships of her ancestry in this tweet below: 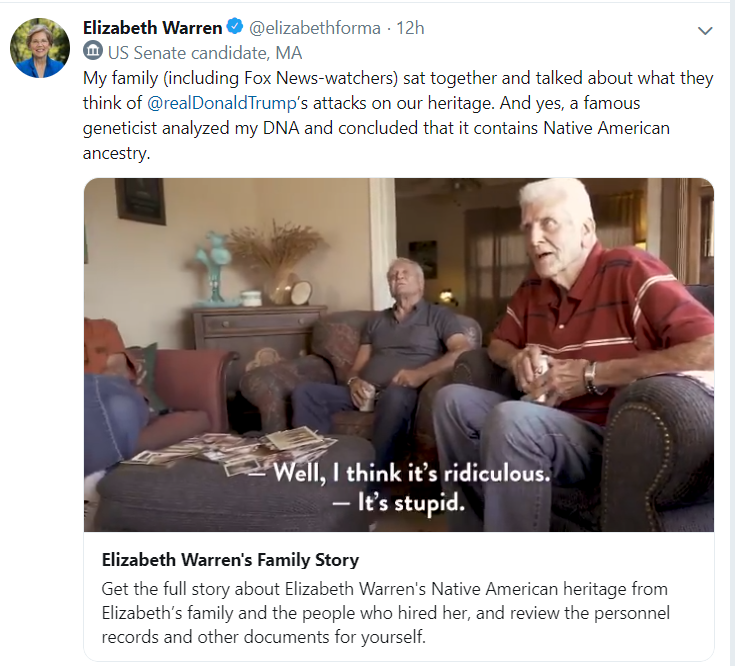 Warren then released DNA results that show  “strong evidence”  she had a Native American in her ancestry possibly between 6 to 10 Generations ago. Which would make her  1/1024 Cherokee Native American, which is .0009%! Elizabeth Warren is predominately White European, and she listed herself as Native American when applying to Ivy League Schools.

Who advised Warren that releasing this DNA information was a good idea?

How absurd a claim is this? How inconsiderate to those that ARE NATIVE AMERICAN!

The Cherokee Nation wasn’t having this either! Here is their response:

“Current DNA tests do not even distinguish whether a person’s ancestors were indigenous to North or South America,” Cherokee Nation Secretary of State Chuck Hoskin Jr. said in a press release.

“Sovereign tribal nations set their own legal requirements for citizenship, and while DNA tests can be used to determine lineage, such as paternity to an individual, it is not evidence for tribal affiliation,” Hoskin continued. “Using a DNA test to lay claim to any connection to the Cherokee Nation or any tribal nation, even vaguely, is inappropriate and wrong. It makes a mockery out of DNA tests and its legitimate uses while also dishonoring legitimate tribal governments and their citizens, whose ancestors are well documented and whose heritage is proven. Senator Warren is undermining tribal interests with her continued claims of tribal heritage.”

Senator Warren is said to be one of the many Democrats vying to challenge Trump for the 2020 Presidential Bid.