Skip to content
I saw a picture on a few social media sights a few days ago that people were sharing and it’s stuck with me. It’s a picture of African women caring gigantic bushels of wood/kindle on their backs and a quote from George Monbiot that read:  “If wealth was the inevitable result of hard work and enterprise, every woman in Africawould be a millionaire.”  When I read it I thought….true.
You see this quote rings true for every 3rd world country in the world…perhaps for every country in the world, besides the United States of America. The United States of Americaprovides possibility and that alone is worth fighting for and even dying for. With possibility comes hope and hope provides motivation and motivation provides success.
Capitalism is by all means not perfect, but I believe it’s the best system we have. It is a system that provides for ”next to nothing” to become “something.” No other system does this. I am witnessing a wave of socialism in our country and it grieves me. The idea that you take from the “haves” and you give to the “have nots”….that way it’s “fair” right? That way everybody has a piece of the pie…..the concept is pleasant…but it does not work….why….well….let’s think about it.
Say your son or daughter is going to care for their surrounding neighbors lawns for the summer. They are getting paid $20 bucks/week for each lawn…this includes watering, trimming, weeding, etc. Now when they get home, you take their money and give it to your son or daughters younger siblings. The younger siblings want to care for the lawns too…but they aren’t able to because they are too little. The younger siblings have watched their older sibling use the money earned to by candy, ITunes, video games and the younger siblings want those things too. So it’s only fair to divvy it up-that way everyone is happy. As the summer progresses your son or daughter’s quality of work on the neighbor’s lawns starts declining. Some lawns are just mowed with no other maintenance….some lawns are not being watered at all and the neighbors start complaining. You ask your son or daughter what’s the deal…and their reply is obvious….”why am I working so hard and don’t get to keep the money I am earning…..I am just going to stop working…this doesn’t make any sense!”
Before you rebuttal with “it’s working in Europe” ummm…no….no it’s not. The wealthy in Europe who are having the hell taxed out of them are the ones with the off shore accounts. That’s right instead of keeping that money in the country…creating jobs….boosting their countries economy it’s being stored some place else entirely. In fact many are leaving their countries because of the high high taxes! And some European countries are on the verge of default or have already defaulted. Not to mention many European countries are now including Black Market Sales as part of their Gross Domestic Product…this includes stuff like prostitution, illegal arms trafficking, and illegal drug smuggling..,,,ummm ya….
What’s amazing to me is people who are for this socialistic society are benefiting in their daily lives from Capitalism. Most of the wealthy that speak out against Capitalism are the very ones who have profited so greatly from it! What….they get a shot, but we don’t?
The idea of “fair share” is… it’s not fair. It’s not fair to take something from someone else and give it to someone else and what’s worse is putting this power in the Government’s hands….I mean have we not seen how the government runs things!?? Why would you trust them….seriously…why…tell me cause I am clueless when it comes to people who wholeheartedly trust their government to do the right thing. They aren’t even abiding by the Constitution anymore, which is the very framework under which we are to operate. If there is no moral code how can you expect morality from them??
But there are a lot of hurting people out there. Yes there are, and what are you specifically doing about it? Let me guess….you are hoping your government steps in and does something about it….
Well….the United States Government is bigger than it’s ever been and poverty is higher than it’s ever been….why….because the Government has no clue how to spend and where to cut. So who suffers….we all do….that’s right we are taxed higher, hoping it’s used for good, but in reality the Government is like a rapper at a strip club…”making it rain” with your dollar bills!
How do we help those in need….the task seems overwhelming at times, I know….but it’s not. It starts with you personally lending a hand. Giving to a charity that you believe in, being a mentor to troubled youth, volunteering at your church, getting involved in your local politics and have a say on where the spending is going, and encouraging all to dream big…because this is America and it is still the land of opportunity.
Capitalism is the only system that can make freedom, individuality, and the pursuit of values possible in practice-Ayn Rand 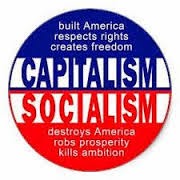