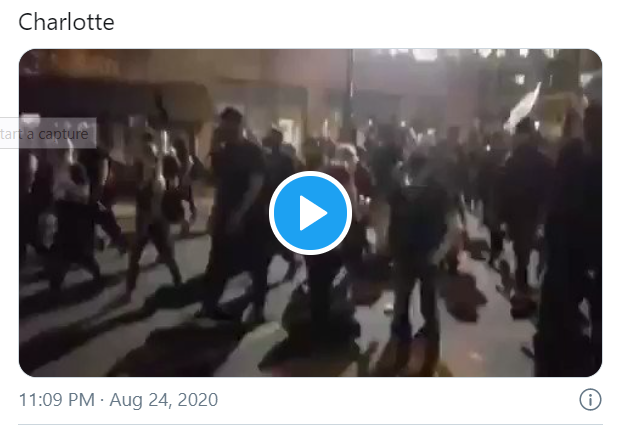 I debated on whether or not I should share the video below that is titled “Charlotte.”

In this video that was recently sent to me, Black Lives Matter chants: “F***K your Jesus.” Being a follower of Christ this is beyond offensive, it’s vile, EVIL and insults my Savior.

2020, is the year of 2020 vision.
I have felt compelled to do what I can to EXPOSE, and shine a light on what has been hidden for years. So, when all is said and done, I know in my heart I did all I could to warn America. I believe 2020 is a year of complete clarity. There is no gray. There is no ambiguity.

What is ironic, is Karl Marx was openly and blatantly racist. When you go to the Black Lives Matter website, you can click on “what they believe” and then also look at the policies pushed by the Democrat Party —they are both pure straight Communism. Both the Democrat Party and Black Lives Matter’s goals align exactly with the words read by Congressman Albert S. Herlong Jr. of Florida on Jan. 10, 1963. Herlong Jr, read a list of 45 Communist goals to take over a free society into the Congressional Record. The list was derived from researcher Cleon Skousen’s book “The naked communist.”

-Belittle all forms of American culture

-Discourage the teaching of American history

-Infiltrate the churches and replace revealed religion with “social” religion.

-Discredit the Bible and emphasize the need for intellectual maturity

These are just some of the common goals that MUST be accomplished in order to take over a country for Communism. It is CLEARLY obvious what the Democrats and Black Lives Matter’s agenda is now. It’s blatant and in your face.

Socialist Karl Marx, knew that in order to implement Communism, religion had to be eradicated. The two could not coexist. Communism is Force, Faith is chosen.

The end goal IS Communism.

The clip below is a display of unabashed Marxism, and a direct mocking and ridicule of Christianity. The takeover is right in front of our faces. Will you stop it?