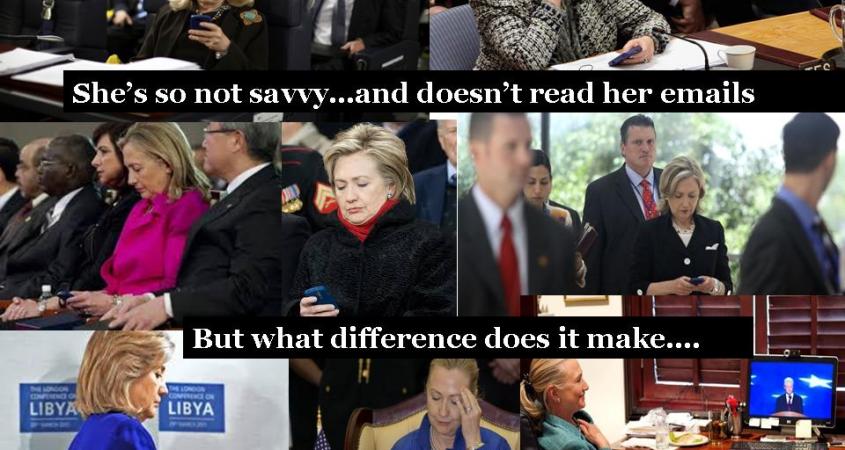 Ok by now…everyone and there mom has heard that something has happened with Hillary and her emails. What the heck is going on right!?

All I gotta say is thank God for people like Representative Trey Gowdy for being persistent on getting the truth out of what happened with Benghazi, or else this would have never turned up!! And yes, trust me it’s gotta be so annoying for those conducting the hearings to constantly hear “Benghazi is overplayed”….but….ummmm dirt keeps coming up with Benghazi….so if you keep digging and digging and digging and more dirt, well ya keep digging till there’s no more “dirt” and you have ANSWERS!

But……Ohhhh was there DIRT this week!

Hillary…..oh Hillary. If turning a blind eye to your husband running around with a convicted pedophile wasn’t enough (ummm talk about misogyny right?! Aren’t you FOR women??) or taking money -a lot of money-from foreign countries while Secretary of State (such a conflict of interest!), or letting 4 Americans die-because it would look bad on the re-election of Barry (because terrorism was supposed to be “dead.”) you go and override a government mandate by conducting governmental business on private email accounts….but to top it off, you use private servers as well.

I’ll admit I was amused when your aids said you weren’t so savvy and that you didn’t know computers that well and that’s why you did it….but, using private email and servers….is  an even more confusing process. Then to hear you say you were releasing your private emails for the world to read on twitter appeared to be so thoughtful right? 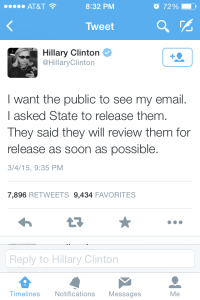 But my question is….if you are releasing your private emails….why have them be private in the first place? Why go to the trouble of having private servers set up in your home? Who’s to say just “what” emails you release and what emails you don’t release to the public? I am assuming you make the call on that right? You claim transparency….but isn’t privacy the opposite? You went to great lengths to be private didn’t you. Which leads to the obvious…you are hiding things…

I have known for a while what you are hiding….but it’s just a matter of time till everyone knows…. 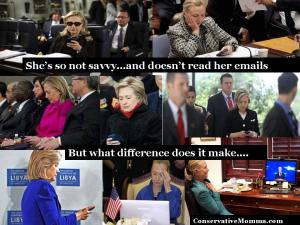