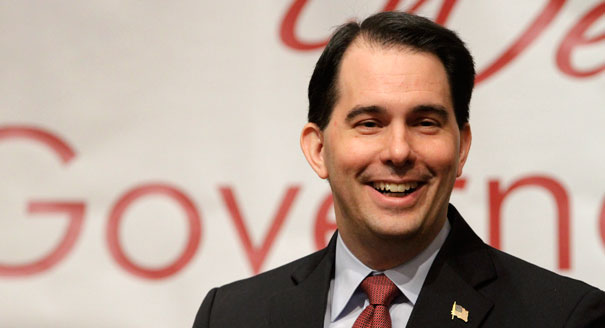 Well…..if you haven’t heard of Scott Walker yet….then you probably haven’t been reading anything political in the last couple weeks, because Walker is headlining everything right now!

47 year old, Scott Walker is the current Wisconsin Governor and a strong contender for the Republican nominee in 2016. He is loved and hated in Wisconsin….but most haters are union members and ummmmm….with all the government regulation today ……why are unions even still a thing???

Scott Walker was sworn into office as Governor in 2011. He introduced some pretty rigid budget cuts that limited collective bargaining powers (negotiations between employers and groups of employees aimed at reaching agreements to regulate working conditions). He basically stood up to the big bad unions limiting their “all powerful” power and…..well all hell broke loose! These proposed budget cuts by Walker led to protests outside the capitol and a recall election. In June of 2012, Walker won the recall election with even more of the vote than he received in the 2010 election! Walker is the only Governor in US History to win a gubernatorial recall election. Walker this past November was re-elected to a second term as governor of Wisconsin.

Well about a month ago some polls were released that showed Walker leading as the front runner for the 2016 GOP nominee and well….that’s getting attention.

Because we all know….the mainstream media is crazy pants and so unbelievably biased that they are going to do everything they possibly can to tear Walker a new one!

Just in the past month the first drama that media flipped out over was that Walker didn’t have a College Degree!!! Ahhhhhhhhh…….what are we going to do!!!! I mean….Bill Gates-no college degree, Steve Jobs, Mark Zuckerberg…..just to name a few-no college degrees….But oh my -if Scott Walker doesn’t have one-let’s headline this on every news story imaginable! Let’s scream it from the roof tops on how important it is for a possible presidential candidate to have a college degree……because all our founding fathers had one….right? Oh they didn’t? Never mind then.

The next crazy story was that the Unions were again flipping out and protesting Walker’s home this past week….only….Walker’s home is now being occupied by Walker’s parents-meet Llewellyn and Patricia Walker: 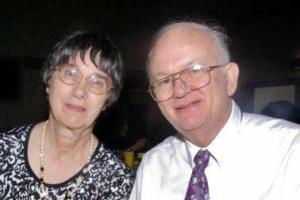 Walker is making headlines again today because some jack monkey buffoon at the Washington Post asked Walker if Obama was a Christian. Ummmm why are we asking Scott Walker if Obama is a Christian?? See this is so prime mainstream media reporting….asking dumb questions….hoping for a dumb reply and boom-you’ve gotta slandering story to sell -shaming Republicans! But Walker….handled this like a boss….by answering “I don’t know.” Well….that caused a whole freak out by the Liberal Left media….because Obama has said he’s a Christian and so……he must be a Christian……right…..right……right…..???

I just have to say…..actions speak louder than words on this one and we have all watched how Obama comes running valiantly to defend the Christian faith and his brothers and sisters in Christ! (eye roll……huge eye roll…)

To be honest…..I am kinda looking forward to what the Liberal Lefties are going to flip out over next with Walker…..stay tuned….

One thought on “Oh my gosh mainstream media….keep your pants on geeez!”